PVTIME – LONGi Solar has confirmed solar module sales to Pakistan for 2021 have reached 500MWp, the majority of which are for its Hi-MO 5 series modules, which account for 422MWp of the total (84.4%). 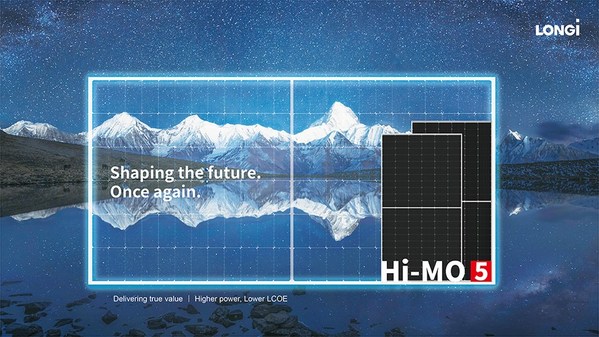 On June 29th, 2020 LONGi launched its new Hi-MO 5 product for ultra large power plants. Hi-MO 5 is based on M10 gallium doped monocrystalline wafers and uses smart soldering technology. The 72c module power reaches 540W, with an efficiency of more than 21%. The product not only has excellent reliability on the manufacturing side, but also brings more value to customers on the system side.

LONGi has secured a number of notable clients and projects in the country, including an order from Reon Energy for Pakistan’s largest commercial solar project to date at 70MWp. This project will use Hi-MO 5 540/545Wp modules and will be completed in four clusters, with an estimated commercial operation date in Q3 2021.

Other notable LONGi clients in the country include the Four Brothers Group, which has signed a 68MWp distribution agreement for orders to be completed in Q2 and Q3 2021, NMC Group, and numerous other developers and installers of megawatt-level commercial projects in Pakistan. Many of these developers will be using the Hi-MO 5 series of modules.

Dennis She, Senior Vice President at LONGi Solar, commented: “As Pakistan is prioritizing its energy generation methods and enhancing capacity to produce clean energy in order to meet growing demand without degrading the environment, energy project cooperation is playing a pivotal role. LONGi is committed to providing Pakistani customers with the highest quality and most competitive solar products, so as to contribute to the country’s path towards greater energy independence.”

Pakistan had a total power generation capacity of 38,719MW as of 30 June 2020, solar PV accounts for 530MW, holding a share of 1.36% of total power generation capacity in the country. The country’s power deficit grew exponentially over the ten years from 2006, rising from 55MW to more than 5.6GW, according to Pakistan’s National Electric Power Regulatory Authority (NEPRA).

President Arif-ur-Rehman Alvi made a statement at UN’s Climate Ambition Summit 2020, claiming that Pakistan will cease to develop any new coal-fired power plant. Renewable energy will be the main source to fulfill the country’s commitment in CO2 reduction, boosting its share in total generation from 4% to 30% by 2030. It is estimated that the solar market deployment will be between 565MW to 1,120MW in 2021, following by between 623MW to 1,287MW in 2022.

LONGi’s Hi-MO 5 is a new range of ultra-high power modules designed for utility-scale solar power stations, featuring a maximum power output of 540W and an efficiency of 21.1%. With gallium-doped M10 standard 182mm silicon wafers, smart soldering technologies, PERC cell, 9BB + half cell technology, the Hi-MO 5 series includes 66C and 72C formats and is available in both bifacial and monofacial applications. The 72C version deploys the traditional 6 row design in a 72-cell layout with front-side power up to 540W. The 66C module has front power of 495W and a smaller footprint that broadens its applications.