-Over €18 billion in investments for the ecological transition and Italy’s recovery, + 25% compared to the previous ten-year plan; integration of renewable sources, decarbonisation and sustainability: Terna strengthens its role as director and enabler of the energy transition with more than 30 new strategic projects; for the first time, there is also a mobile version of the Plan with the new “Grid Development” App

PVTIME – On July 7, Terna presented the new 2021 Development Plan for Italy’s electricity transmission grid: €18.1 billion in investments over the next 10 years, + 25% compared to the previous ten-year plan, to enable the energy transition, favouring the development and integration of renewable sources, contributing significantly to the achievement of the ambitious targets of the Green Deal, and giving an important boost to the country’s economic recovery. The new Plan of the company chaired by Valentina Bosetti and led by Stefano Donnarumma, was explained during a press conference attended by the President of ARERA, Italian Regulatory Authority for Energy, Networks and Environment, Stefano Besseghini, and the Minister for Ecological Transition, Roberto Cingolani.

“The new 2021 Development Plan includes, over the next ten years, a strong acceleration in investments, the highest ever, which reflects the important historical moment we are living through: to achieve the decarbonisation objectives that Italy and Europe have set, it is in fact necessary not only to have a clear vision of the future, but also and above all to know how to plan and carry out all the projects that are indispensable to the material implementation of the energy transition, of which Terna is the director. Therefore, thanks to the commitment of all our people, we will be able to develop an electricity system that is increasingly efficient, sustainable and ‘green’. Our goal is also to make an important contribution to the revival of the Italian economy which has been hit so hard, as has the rest of the world, by this terrible pandemic: in fact, every billion invested in infrastructure generates between two and three billion in terms of GDP and allows for the creation of many new jobs”, stated Stefano Donnarumma, CEO of Terna.

To cope with the profound transformation underway in the electricity sector, Terna has therefore decided to significantly accelerate the investments envisaged in the ten-year Development Plan, based on the most up-to-date scenarios prepared by Terna as instructed by the Regulatory Authority: demand and production from renewables, which according to the objectives defined in the current National Integrated Energy and Climate Plan (PNIEC) will have to increase to a share of 55% in 2030, which will in fact require a consistent adjustment of the national electricity grid. In this context, the projects envisaged in Terna’s 2021 Development Plan will be fundamental for integrating renewable sources, leading to the gradual closure of coal-fired power plants in line with the objectives set and significantly reducing atmospheric emissions, in line with the targets of the PNIEC and with the European targets outlined in the Green Deal, to reach zero emissions by 2050. The challenges imposed by the ecological transition also imply, for the electricity system, the start of a transformation with technical and operational complexity never experienced before. The pursuit of the objectives of the energy transition requires an effort in terms of planning, simplifying authorisation procedures and the construction of infrastructures that are unprecedented in the most recent decades of Italian history.

In particular, the significant investments planned by Terna in the electricity transmission grids, to the benefit of the national system, will serve to increase the meshing, to strengthen the backbones between the South (where the production of electricity from renewable sources will be greater) and the North (where demand for electricity is more sustained), to enhance connections between the islands and the mainland and on the islands, to develop infrastructures in the weakest areas in order to improve their resilience, efficiency, sustainability and the integration of renewables.

The benefits for citizens and the environment are significant, in terms of reduction of climate-altering emissions into the atmosphere and disused grids: according to Terna’s estimates, the projects planned over the period of the Plan will make it possible to reduce CO2 emissions into the atmosphere by 5.6 million tonnes per year (almost double compared to the previous Plan) and will make it possible to demolish 4,600 km of obsolete infrastructures (about 800 km more than in the previous Plan).

Courses of action of the 2021 Development Plan

In the new Development Plan, which, in accordance with legislation, will take place every two years starting in 2021, Terna has planned over 30 new infrastructure projects, giving high priority to all projects deemed strategic for the entire national electricity system. These are the main courses of action: strengthening of exchanges between market areas for greater integration of renewable sources; resolution of critical issues and greater electrification of metropolitan areas; synergies with other systems (gas, railways and telecommunications) to integrate the networks and have a lower impact on the area; strengthening of interconnections with foreign countries to increase the exchange capacity with neighbouring countries.

Among the projects to be completed in the early years of the 2021 Development Plan, there are several which are of national interest.

The following will also come into operation during the period of the Plan:

An important infrastructure reorganization plan will also concern the main metropolitan areas of the country (including Catania, Genoa, Reggio Emilia and Rome) and the development of grids on the islands currently not interconnected with mainland Italy, to make their local electricity service more efficient and reliable. In particular, the 2021 Development Plan also includes two new undersea cables: one will connect the Island of Giglio with Tuscany, the other will connect the Island of Favignana with Sicily. In addition to these, there is the undersea power line between the Island of Elba and the mainland. The €90 million infrastructure, 37 km long and completely ‘invisible’ will contribute to improving the quality of local electricity services, guaranteeing important benefits in terms of safety, reliability and sustainability on the island, which tends to have high electricity consumption over the summer period.

In the 2021 Development Plan, Terna has planned a new 1000 MW connection line between Italy and Switzerland, whose construction is linked to the project for the rationalisation of the high voltage grid in Valtellina and Valchiavenna (in the province of Sondrio) which will lead to the demolition of almost 500 km of existing power lines and the burying of overhead lines. For this important project, Terna has planned an investment of over €1.2 billion.

Furthermore, Terna will invest around €750 million for the construction of a new 500 MW and 200 km long undersea cable with Greece. The project will double the current exchange capacity between the two countries and encourage greater integration of renewable sources.

The Sa.Co.I.3 project has been confirmed in the 2021 Development Plan. It is the reconstruction of the connection between Sardinia-Corsica-Italy.

These interconnections, together with the power lines between Italy-France, Italy-Tunisia and Italy-Austria, will allow our country, by virtue of its strategic geographical position, to strengthen the role of electricity hub in Europe and the Mediterranean area, becoming a leading player internationally.

For the first time, Terna has also dedicated to the Plan an ad hoc, public and interactive App, which shows the main projects and development operations on the national electricity grid with state-of-the-art multimedia tools. The app will allow citizens to know the plan of the fundamental projects for the energy transition and to explore, using augmented reality, even extra contents in the different sections: reference context, the planning process, development projects, benefits for the system. Through the new “Grid Development” app, Terna will explain its objectives and the criteria behind the planning process at national and European levels, the priorities and the expected results with the implementation of the Plan, confirming, once again, its commitment in favour of environmental sustainability and the development needs of the country. 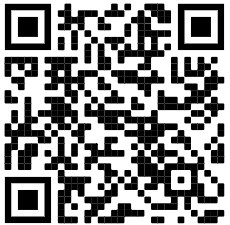 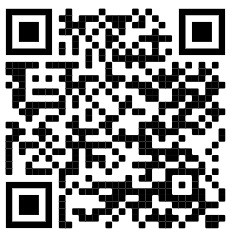 Terna’s 2021 Development Plan is available at the following link: https://www.terna.it/en/electric-system/grid/national-electricity-transmission-grid-development-plan